Have you ever noticed that even after a rigorous run even on a nice summer’s day that your dog is never dripping in sweat even though you are? You see dogs drink water all day long and only see it ever coming out during a wee. Just how exactly do dogs keep themselves cool? This is the burning question we are going to explore in tody’s Jug Dog blog. 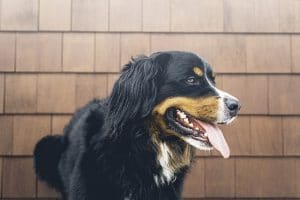 The first thing we are going to tackle is whether dogs sweat or not. The answer is simple – yes they do but not quite how you might think. Dogs only sweat in areas which are not covered in fur; their bellies, paw pads and ears and anus. It is not a case that the fur just soaks up the sweat, there are simply not sweat glands in those areas at all!

You may suddenly realise that these are the areas that other dogs are so interested in when they greet each other, especially the anus. This is because these areas are the only places where their natural odours are produced. It’s also the area which ends up making dogs smelly!

So, to answer the question – Yes dogs do sweat in areas where fur doesn’t grow.

How do dogs sweat?

Dogs sweat just like humans do by secreting ‘water’ from the skin which can help cool down that area of skin. These areas are their bellies, anus, paws and ears typically. This can differ from dog to dog. Very rarely will you ever see a dog sweat so much that you can see it as sweating is not a dog’s main method of cooling themselves down.

Many people believe that how a dog sweats isn’t to cool them off at all and it’s simply to create and spread their natural scent or odour and this would be consistent with how dogs greet each other as well as how they cool themselves off. 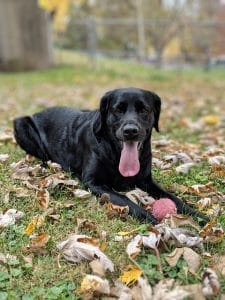 So, how do dogs cool themselves off?

The natural temperature for a dog is 38 to 39.2 degrees Celsius which is just a little higher than ours (37) so they can tolerate a little more before they get hot. Dogs are also rather sensible and they tend to take themselves out of the heat when it gets too much. A dog’s go-to method of releasing heat from their body is by panting as well as taking themselves into the shade and even some water sports if there’s an available.

Drinking plenty of water is crucial to keep a dog well hydrated and cool.

That’s pretty much it on the subject of dogs sweating! To conclude, they only sweat in areas without fur and don’t use sweating as the main method of staying cool – they pant for that.