What do you do if an off-leash/lead dog approaches you while you are walking a dog? What is the proper way to deal with it? This article came about because recently I have noticed a few dogs in my local park start to run towards other people’s dogs from a distance, sometimes aggressively and sometimes not. On the couple of occasions I’ve seen it no dog was hurt but the owners of the dogs were not happy and berated the loose dog’s owners for not keeping them on the lead. This made me think about what dog owners should do in the event an unwanted dog starts to approach yours.

First, I’ll explain what happened with the incident I saw. A young couple with rescue dogs often walk in the park with their dogs on the lead, these dogs have not been treated well in the past and as such are untrusting of other dogs – another walker with a bull terrier-like dog who appeared friendly was off the lead and approach then young couple unsolicited and the two rescue dogs did not like it and became aggressive towards the other dog. The bull terrier then started to become aggressive itself and harassed the other two dogs to the point the young couple started to panic and picked up both dogs to try and get away.

Unbelievably, the bull terrier then continued to follow the couple and actually started to jump to try and get to the dogs. The owner of the bull terrier’s cries for the dog’s to return fell on deaf ears and she was so slow to get over to rein her dog back in creating an incredibly tense situation which ended with the couple not having an enjoyable walk followed by berating the terrier’s owner and rightfully so. From this example, there are two takeaways.

Recommended: Off the lead dog walks

A second scenario which happens to me quite often is because of annoyance. An elderly gentleman who lets his French Bulldog off this lead often comes up to my dog and initiates play but in an obnoxious way – my dog isn’t interested and neither am I to be honest. More recently, I now walk with my son in a pram with the dog on a lead – when this French Bulldog comes up to me he is even more annoying to the point where he disturbs my baby and my dog is now moving around wrapping the lead around my legs and the lovely walk comes to a halt.

The owner of the French bulldog tries to call the dog but it doesn’t listen, because he is elederly he is actually quite slow and doesn’t even break a brisk walk. Nothing terrible happens here but it is annoying and I don’t appreciate my personal space being invaded with the owner not interested in resolving it quickly. I have asked for the dog to be kept on the lead because it doesn’t listen to his orders – this is similar to the first example – a lack of obedience. Here are my takeaways

What do you do when a dog approaches you? 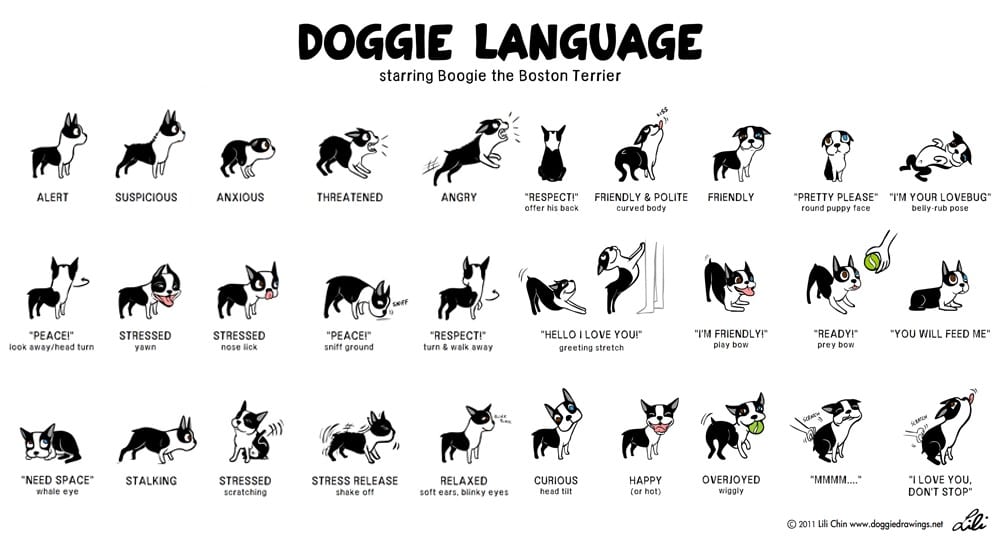 In our experience the two main things to look at when gauging whether an off the lead dog is going to give your dog problems is the speed it’s travelling and how focused its gaze is. If the dog is bolting towards you and has its gaze fixed upon your dog then it’s possibly going to cause trouble and become aggressive. This doesn’t change the fact that the dog is coming towards you though but it does give you some time to prepare.

Of course, if the signs are there suggesting the dog’s friendly then we would recommend letting them sniff it out and get acquainted. What you don’t want to do is to make your dog think that any approaching off the lead dogs are bad. However, if it’s an annoyance be sure to signal to the dog’s owner politely that it’s unwanted attention.

Step in front of your dog and create a barrier between you and the approaching dog. This is so that the next few steps are more effective and to try and break the dog’s gaze and distract them.

Be loud and firm

Be loud and firm and instruct the approaching dog “No!”, “Go Away!” and other common terms that most dogs should be taught by their owners. You can even try other commands such as sit or stay as well but time is short so you may not even get the chance or remember in the heat of the moment.

Every dog loves treats. You should always be carrying treats with you because of positive reinforcement for your own dog but it can also be useful to distract and sway a stray off lead dog. If the approaching dog is aggressive then this could give you enough time to get away safely.

Pick up your dog

If it has reached this stage then of course you really do need to berate the owner and consider reporting them to the council because this aggressive action would then constitute breaking the law.

What does the law say about off the lead dogs

If you are worried about dogs being off the lead at all in your park then find out from the council first if there any by-laws. Usually there are signs posted. Despite this, from our experience parks will always have dogs off the lead at some point in the day. To be fair, when we see the park relatively empty we let Jeff roam free as he is very good.

However, at this stage of this article it’s important to know that dogs are allowed to be off the lead by law so you should expect to see them often in a park and therefore there’s a genuine reason to learn what do you do if an off-leash dog approaches you while you are walking a dog.

What does the law say about dogs in your personal space

There are no laws when it comes to invasion of personal space, be it a man or a dog. Therefore, unless they are dangerous and out of control then an off-leash dog approaching you while you are walking a dog is something you’re going to have to accept and neither the police or council will help you legally get the owner and the dog to stop.

It is annoying as my own experiences attest as some people are so obnoxious that they don’t care about your personal space and if their dog is in it.

When will the law step in with an off the lead dog approaching you?

It sounds a little insane but at the end of the day human life comes first and there aren’t as many laws to protect animals. However, if you are attacked trying to save your dog from being attacked then the law will have been broker. We want to avoid all of this which is why we’ve created this guide on what do you do if an off-lead dog approaches you while you are walking your dog so that you can spot signs to avoid any sort of violence be it to you or your furry friend.