At first thought, asking and wondering “do dogs have belly buttons” is a weird one and many have never thought about it as most owners of dogs were not there at the birth of their puppies to experience just exactly went on. Now that you’re here and if you don’t know the answer – what are your initial thoughts? Do you think dogs have belly buttons? If you think they don’t why do you think they shouldn’t? As usual, here at JugDog.co.uk we receive and answer all of your big canine conundrums!

So, dogs have belly buttons? 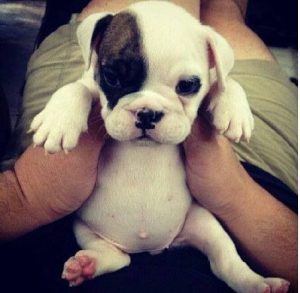 Dogs, like humans, are placental mammals which means they are fed nutrients in a womb via an umbilical cord while they are developing. The umbilical cord beings at the placenta and enters into the puppy around the stomach area, the area which connects the umbilical cord to the dogs middle is where the belly button ends up.

What is a belly button?

Where is a dog’s belly button?

Don’t expect your dog to have an inward or outward belly button “hole” like we have, it will usually present itself as merely a tiny insignificant scar!

My dog’s belly button is sticking out – is this normal?

Umbilical hernia is not a life threatening condition and can be repaired with relative ease by a veterinarian, as this is a condition puppies get it’s a good time to sort it while they get their vaccinations or when they are being spayed or neutered. If you do suspect umbilical hernia however, do not assume it will heal itself – go and see a vet!