Home » Blog » Behaviour » Why Does My Dog Eat Soil 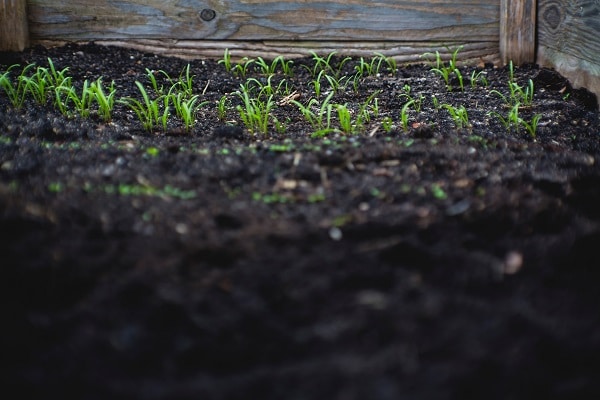 Dogs do all manner of things that seem nonsensical and strange to us and we’ve covered quite a few of these in our blog over the years. Today, we’re looking at why dogs eat soil and how to stop it.

Soil, otherwise known as mud and earth is the brown stuff underneath the grass and pretty much everywhere there isn’t concrete or rock. As humans, we all see soil as an organic matter which is great for gardening but it’s dirty and full of nasty stuff. We’d never put soil in our mouth let alone eat it so why would dogs want to eat soil?

Introduction – there is a reason why dogs will be eating soil

Dogs don’t tend to do things for no reason whatsoever, and they certainly won’t do something unenjoyable for no reason. When we’ve researched and helped dog owners up and down the country with strange issues, nine times out of ten there are underlying physical or psychological issues causing it.

Eating soil will be exactly the same and although there are more than one potential cause of this none of the reasons will be ‘no reason at all’.

With that out of the way, let’s get on with explaining why your dog has developed a taste for soil.

Chronic or a one-off?

Has your dog been eating soil on several occasions over a few days? Or have they done it once and you’re just wondering why it could be. There is a big difference between the two especially when it comes to ‘treating it’. A dog who is eating soil chronically is likely to have an underlying issue which needs to be addressed for the behaviour to stop.

A dog who has only done it once could have a simple explanation for it and it may naturally never happen again. It’s also worth considering if this happens in the garden or if it’s happened in a local park or on a walk.

They’re on a bad diet

We think that the number one cause of dogs seeking soil to eat and chew is because of a bad diet which is missing key nutrients, minerals and prebiotics. As the PDSA states ”Your dog’s diet has a huge impact on their health and happiness.” If a dog isn’t getting the right nutrients from their dog food they will attempt to seek it elsewhere – some of the things they will try to eat will astound you and can often be really dangerous.

A poor diet can lead to a condition called Pica which is a mental disorder which causes animals to attempt to eat inedible and matter without nutritional value, in this case, soil. Soil can be moist and feel like something that could have some nutritional value so they will attempt to ingest it. They don’t know any better and at this stage will be so desperate that they have to try something – think of it like a deranged instinct to survive.

Humans with poor diets feel absolutely awful and crave even more rubbish but we’re intelligent enough to understand the problem and rectify. Your dog is not so lucky – they aren’t the ones in charge of their diet and are completely powerless to make changes to it.

Dogs on a poor diet have more than likely given you signals that they want to change already such as diarrhoea, lethargy and naughty behaviour; if your dog has got to the point of eating soil then it has already gone on too long.

If your dog is eating soil right now then try a different dry dog food as soon as possible and check the label of your current one to see if it’s clearly missing nutrients.

The causes of anaemia are too many to mention here and deserve their own page, for reference on the specifics of Anemia visit AKC’s excellent resource. A dog with anaemia could be eating soil to search for more resources to deal with the anaemia and to get better. They will be feeling awful and if they haven’t been to a veterinarian for some time could be getting desperate.

Anaemia is similar to bad dog food because it causes your dog to go down a path fuelled by a desire to look for something they aren’t getting elsewhere.

To check if your dog is eating soil because of anaemia check to see if their gums have become less pink and more whitish in colour.

There’s food in the soil

A simple explanation is that the dog has sniffed out something tasty in the soil and they are gobbling it up as well as the dirt. This is an easy cause to identify by looking at the area they’ve been munching and checking to see if there’s food there.

This can happen in gardens where fruits and vegetables are being grown or it can happen in a place where someone has just thrown out food. Often, this happens in local parks where revellers having a kebab on the way home have tossed what they can manage. In grim situations, a dog with low standards may even try and eat vomit.

Either way, dogs eating anything from the ground is not recommended and can be fatal – a story by Wales Online reported that cruel humans purposefully laid down rat poison hidden in food to mindlessly kill dogs. Although rare, it should prove why walkers should always remain vigilant especially when dogs can be roaming off the lead.

Bored dogs can be destructive and exhibit strange behaviour, eating soil can be one of them. Always make sure your dog is well exercise and socialises often to prevent such behaviour. Eating things isn’t usually the most common result of boredom but it is not beyond the realms of possibility and we have seen far stranger things.

Ensure your dog has enough toys at home and in the garden to keep them busy even when nothing else is going on at the time. If you leave your dog outside for long periods of time conduct a review so that they aren’t just out with nothing to do.

Dogs with stomach problems, possibly bugs and the like, have been observed eating soil to alleviate stomach issues in an attempt to get the digestive tract moving and to use the mud and clay to scrub clean the insides. Canine specialist Dr. Coger adds “My instinct is that the dog is looking to get whatever is in the digestive tract moving out, either by throwing up or by pushing it through”.

How do I stop my dog from eating soil?

Eating soil may seem funny at times but it is a behaviour that needs to be stopped  – one because the soil itself could make matters worse and two the underlying issue is the real problem here. Eating soil can cause short term and long term issues and some parts of the earth can be toxic.

The following steps can be done at the same time, not in order

First of all, we’d recommend for you the owner to have a think if your dog is getting plenty of nutrients and that their diet is adequate. Check the labels of your dog food and reviews online to see what others have said. Check out our page on the best dry dog foods for suitable replacements.

Make sure your dog has access to fresh water 24 hours a day.

Second, make sure your dog is being exercised enough according to the demands of the breed. This can rule out any boredom problems and socialising issues. A dog should be getting at least 20-30 minutes of exercise a day. Being let out in the garden does not count as exercise – they need to move around PROPERLY.

Third, when your dog is alone making sure they have plenty of things to be comfortable with and toys to occupy them. A bored dog is a naughty dog prone to do crazy things like eating soil.

Check the area where your dog seems to graze and remove any food from the area. If you have vegetables and fruit in the area consider fencing it off so they can’t get to them anymore.

Take them to vet

If you feel you’ve done all of the above and the soil eating persist then it’s time to take them for a proper check-up with a qualified veterinarian. Don’t delay, the longer it is untreated the harder the recovery period may be.