Home » Dog Technology » Why Do Dogs Hate Cameras And Turn Away 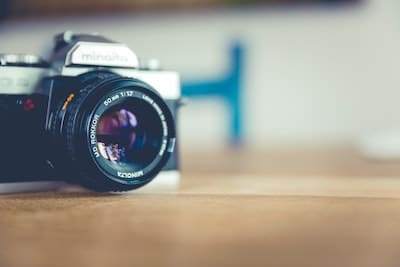 There has been a lot said about the way dogs act mysteriously and suggesting they’re capable of understanding things that we as humans can’t see or detect ourselves. Some believe dogs can see ghosts, can smell cancer in people and even fear the lens of a camera.

Today’s article is on that very subject – cameras and why many wonder why their dog seems to always turn away from them as if they are fearful of what it will do to them.

Dogs and cameras – a brief history

Dogs do not have a rich history of cameras being shoved in their faces, much less than us humans. In the late 90s, 2000s and certainly in the 2010s the rise of cameras was rampant especially when smartphones entered the market and everyone had a digital camera in their pocket. Then came the social media explosion and Instagram and it all changed for dogs.

All of a sudden they get a camera lens pointed towards them several times a day, others may have an indoor dog camera constantly watching them with what looks like an eye.

Why do dogs turn away from cameras?

To be able to understand why dogs may hate or be fearful of cameras we need to try and put ourselves in their shoes and figure why we think they would have a problem with it.

The first thing for us to consider is that the camera, whether it’s a digital camera, CCTV or a smartphone is a foreign object to them with a big eye on it looking at them. Consider this, a dog doesn’t know what the phone is or what it does but what they can comprehend is that eyes are for looking. Now, this foreign object is all of a sudden staring at them and the dog feels uncomfortable.

For them, they do not know if the camera is a living being or not, they may not even be able to comprehend what a living being even is, but they do know that eyes are there for looking and this device is staring at them. Dogs find staring unnerving and a sign of dominance/aggression. As good as a Clever dog camera is, it looks really strange to them.

One of the reasons why your dog may turn away as soon as the camera is on them is because they don’t like being stared at. Simple as that.

To get them to feel more comfortable around the lens we recommend giving them treats every time it’s used to let them know it’s a desirable behaviour as well as let your dogs see you regularly use the lens- if your dog knows you’re ok with it they’re more likely to be ok with it.

Have you ever stopped your dog from relaxing, playing, eating or whatever to get them to pose for a picture for social media? If that happened to you would you be in the mood to suddenly sit there still and quietly for someone to shove a lens in your face?

If you really want to get a slice of the action on their terms consider a dog collar camera.

Dogs can get the hump just like humans, especially if you’ve made them stop relaxing to be treated like a performing monkey.

There’s no conspiracy theory or any mystical explanation for why a dog turns away when you point a camera at them. They simply don’t like eye contact and things pointed directly at them whether it’s an actual eye on something circular that looks like an eye. With determination and some training you can get your dog to be fine in front of a camera but for dogs who aren’t this article hopefully answers that question.